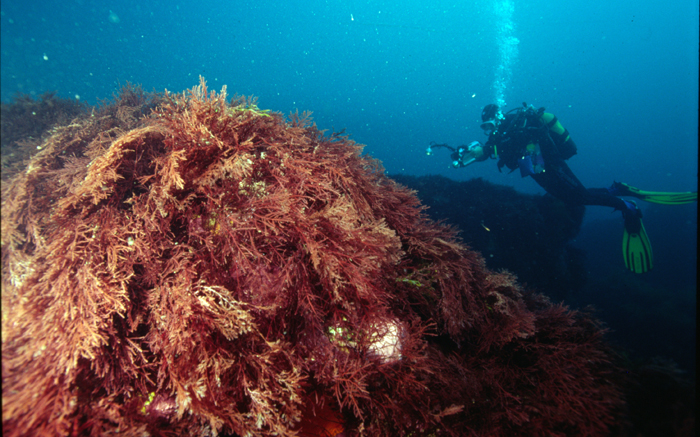 New software has been developed by European researchers to assess the environmental status of marine ecosystems
(March 3 2016) The new tool is called NEAT, which stands for Nested Environmental status Assessment Tool. “NEAT allows us to assess the environmental status of European seas in an integrative way”, says Dr Borja of AZTI in Spain, an expert on marine biodiversity and coordinator of the European research project DEVOTES (www.devotes-project.eu).  “This is the result of collaborative effort of 23 partners, distributed across 14 countries, after four years of research in the Baltic, Atlantic, Mediterranean and Black Seas” says Dr Borja. “Our research is important for improving the understanding of the effects of human activities on marine biodiversity, as well as variations due to climate change”.
NEAT is designed to support the assessment of marine areas by the environmental authorities of EU Member States, but also by the Regional Seas Conventions and for the Marine Strategy Framework Directive. It integrates a previous released tool that includes over 500 indicators used or being developed by European Member States.
“Marine health assessments are complex” says Dr Borja, “but this tool makes the task much easier”. According to Torsten Berg from MariLim in Germany, who is one of the authors of the software, “Some of these tools can be difficult to use, so we worked hard to make a user-friendly interface”. Using NEAT is simple, first select the regional sea in which you want to assess the status, and then just choose the appropriate indicators, habitats and ecosystem components for a specific area within your regional sea. “NEAT determines the uncertainty of indicator values, so you can evaluate the confidence of your assessment. The more indicators and data you use, the better the assessment will be” highlights Jacob Carstensen from Aarhus University, an environmental statistician who worked on the development of the tool. But the very best of NEAT is its flexibility, “users can customize each step of the assessment, and the assessment better reflects the reality of the area” adds Jesper Andersen, from NIVA Denmark Water Research, who is one of the designers of the idea, “NEAT is so versatile that it can also be used for other types of environmental assessment, not just marine biodiversity”. So, it could also be used by firms and consultancies that carry out all types of environmental assessment.
NEAT and its guidelines are already freely available from the DEVOTES website (http://www.devotes-project.eu/neat). In the coming months, NEAT will be enhanced with even more features and possibilities to perform a tailor-made biodiversity assessment. Updates will be released regularly.
Project members are now disseminating the tool and organizing training workshops in member states and for regional seas conventions. “We have already demonstrated the tool to authorities in Portugal and Spain” says Alice Newton, from NILU in Norway and the University of Algarve in Portugal, “and it has been well received by the Regional Seas Conventions”.
The DEVOTES project will be featured by the Euronews TV channel in June and will hold a conference in Brussels in October for key stakeholders and leading scientists. The theme of the conference is “Marine Biodiversity, the key to healthy and productive seas”.